Knee injuries are the most common injury within sports and account for about 55% of all sporting injuries; ACL injuries account for nearly 50% of those knee injuries. In this video clip from The ACL Club, Jordan Angeli (Founder of The ACL Club) and Colt Thompson (ARPwave) discuss 1) Keys to an accelerated and long-lasting ACL recovery, 2) Why some surgeries don’t last? 3) What are your best alternatives to ACL surgery?

Jordan Angeli: Yeah I have a lot of questions for you that I think are going to be helpful for people listening to learn a little bit more about what ARP wave is and how it can be beneficial

You said accelerated recovery, performance. I was almost there.

But but the key thing about ARP wave is it allows you to really control the nervous system via an outside unit machine that helps you reconnect the waves from your brain into all your your nerves throughout your leg or whatever you're rehabbing at the time.

What what makes art wave special?

So really what what makes ARP wave ARP wave is?

It's it's a new type of therapy, you know a lot of times when we get into this conversation in this context people are always like it's the machine.

You know we send out the equipment, we work with people through the therapy.

They come in, we hook them up to the machine.

The machine is really just a tool that we use within that therapy process.

So ARP wave was was designed and really founded on the premise of working with the nervous system to create a change within the body.

So a lot of times we break this down into like you know simple conversation points.

So the first step of ARP wave of looking at like neural efficiency is is we break down and say think of flipping a light switch and the light bulb turns on.

All right. So if we go in and we fray the cord and we flip the light switch well now the lightbulb turns on but it flickers so our body and our nervous system really works the same way when we get into the context of that conversation.

When you sustain trauma or sustain an injury you're getting cellular damage within the body which kind of shorts that signal out.

A lot of times like a ACL trauma, joint trauma, meniscus tears, you might be dealing with.

Like so much force going into an area that the body just couldn't absorb it.

But many times it really is just that inefficiency and the big thing on the back end of of recovery if you have a torn A. C. L. you

go in and you get the surgery, you're really addressing with where the force ended up.

You're not addressing the why like why did the force end up in there And when you get into that, that's why you see a lot of people that that have that that re injury.

I mean I think what the number is it's it's kind of like 20-30% of people have a re aggravation or re tear of that ACL going back into activities.

And that's one of those questions where we ask like why why does that happen?

It really does tandom back into that, that first step you know was their compensation?

Was the the efficiency happening within the nervous system that the muscles turn on. Was the force just too great.

And if that's not happening we gotta get that reset done before we move into step two.

Step two is kind of the part that you're talking about, where we have a device, we we send that out, we're able to go through a diagnostic process and people always ask you know what does that, what does that look like, what does that mean?

The device itself, it has electrodes.

We have a proprietary waveform for ARP wave it's called the double exponential waveform.

And what that means is we can get a high intensity signal but we also have a second wave form that allows somebody to move while we're doing that therapy that is a huge huge component of this because regardless of you going to get the A. C. L.

repaired, the meniscus is repaired. You have no pain but you go back into activity and you still have compensation patterns again you have force going into areas should be going into.

So that the movement pattern of the therapy of breaking old patterns and creating new patterns is the big key to this and kind of the thought behind ARP wave.

So as we get into that therapy there is a portion of that where we are working at a higher output power or a a max tolerance for that client where they're bringing into that high output power.

We're getting the muscle contracting and we're putting about 500 pulses per second Into that that tissue.

So a 15 minute treatment is equivalent to about a three hour workout.

And with that high stress and that proper movement we now start to break down those patterns.

Third component of the treatment is happening while it's going on two is we're building strength.

But as you kind of alluded to when you're getting into the A. C. L.

Club and what I really liked about that is like there is a whole mental component that comes with this injury too.

I mean especially getting back into being active and running and jumping.

There's force absorption testing that we get into as well and I know you did a great job Jordan's of documenting a lot of that stuff through your videos that you had posted.

But getting out there and actually like showing people that they can do that activity again without having to think about what are my consequences of going out there and running and jumping and doing what I want to do.

It really is all about like that that three step process and if you take that recipe and you take a step out of that process it's much like making chocolate chip cookies but not putting the chocolate chips in there right?

I mean it is a step by step process and when you follow it many times it's predicted.

Yeah and we've seen it over and over.

I mean we've you know close to thousands of A. C. L.

Patients and even like tens of thousands of knee patients.

Guide - The Key to Living Pain FREE Without Drugs 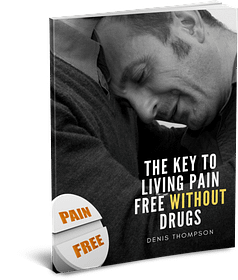 Leave Your Name and Email to receive the PDF 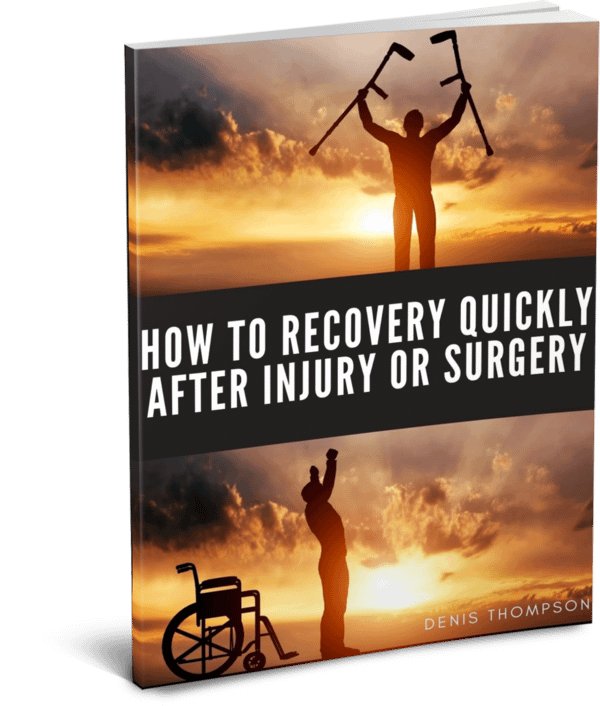 Leave Your Name and Email to receive the PDF

Beth McLeod – from serious back injury to Muay Thai kickboxing

How to Eliminate Back Pain

What is Pain and How To Treat It Without Drugs

Speed up your recovery and end your pain...

Book a free call with a trained consultant who can assess your condition and give you the next steps to regaining your health and your life.

Book a Call With Our Experts

Leave your details below and one of our operators will contact you.